Why would you ever want to own a fitness studio? Answer. Because I’m stupid! Nah. I love my studio more than most people love their kids. I can say that because I don’t have kids. This is my baby. Everything in that place is me. My dream and my vision. My vision to help others heal in all areas of their life. Mind. Body. Spirit.

When I first began thinking about opening a studio, I wanted a place where I combined my love of Yoga, Barre and mat Pilates into one center. A place where people didn’t need to go anywhere else. I envisioned a studio where I could offer nutrition counseling, have an in-house massage therapist and a room where people could learn piano and how to sing. Wait what?, you’re asking. I love music. I love teaching. I thought it was the perfect opportunity for mom or dad to bring their kids in to learn while they got their exercise on. I am still planning on adding this element, however, one thing at a time!

I was able to open my studio because of a bad car accident I was in as the passenger in a cab. My cab driver ran a full-blown red light and all I remember from the accident was seeing a red light and noticing that our driver was not slowing down. My boyfriend at the time said that the only thing that kept me from going through the windshield were my legs catching me on each seat. (I was in the middle seat, no seat belt on). He said my body was so twisted he thought for sure I had torn multiple muscles and ligaments. Nope! Yoga!

I went into seizures and convulsions and developed a concussion. I woke up in the hospital 4 hours later incredibly confused as to where I was. I guess I had woken up before this, but don’t remember. Apparently I was quite the diva! “Do you know who I am!??” Who I thought I was is anybody’s guess. “I will sue you! Let me off this table!” I had to be restrained. I learned it’s not uncommon when coming out of a concussion to go 180 with your personality. Second time I woke up was much different. The nurses said, “Oh you’re way nicer now!” I apologized, completely shocked by my behavior! They just laughed. Then they asked me a terrifying question. “Can you feel your legs?”

Was it possible that I was paralyzed in the accident? I knew I was in an immense amount of pain but didn’t even think of the possibility of being paralyzed. I moved them, but it was incredibly painful. Next they asked If I was able to sit up on my own. I could not. So I was moved onto a different bed and sent to a room where I would be greeted by my incredibly worried boyfriend. I was told I’d be staying the day in the hospital, making sure that I wasn’t suffering internal bleeding. That just pissed me off. I mean it was Sunday. Sunday meant football!

“Do you have the Sunday ticket?” I knew the answer to that. I was forced to stay in bed only able to watch one game at a time, having to use a bed pan to pee. It was not an ideal situation. And using a bed pan to pee? If you know me, you know how hard it is for me to pee without a toilet! It’s taken a lot of mental training to get to the point where I can pee in the woods. Or the ocean! My bladder just doesn’t release! Ask me about my trip to Ireland coming back on a bus with no bathroom, no stops for two hours and a couple beers. A memory my family shall never forget! A story for a different day!

By around 8pm that night I found I was able to get out of bed and walk. Not straight and not without incredible pain. But I could walk. At 10pm we were released. It took about a week to recover where I wasn’t keeled over in pain. I do credit that to a faithful fitness routine.

A year later I began the process of thinking about what my steps would be to begin my dream of opening up my studio. Talking to my dad, buying into a franchise made the most sense since I really had no idea what I was doing. But then, what franchise? Over and over I would tell him that I didn’t want Pilates equipment. I thought it was too limiting and wasn’t needed. I actually hated Pilates equipment. It felt snooty to me. Super LA. And I wanted to bring as many people in as I could. Plus, I was more into Barre and Yoga by this point. And shouldn’t I create a place designed on what I’m most passionate about? I hated the idea of a Pilates studio. Boring! But. In the end my dad won the conversation and I began researching different franchises.

I didn’t want to be limited on my location, which many places were. I also wanted to be sure that I wasn’t licensed in to just teaching Pilates. I still wanted my other passions in my studio. After much research, I found the franchise that worked best for me and I began my boring Pilates equipment instructor training. I just didn’t enjoy it. But I kept going with it, putting my 100 percent focus into being the best instructor I could be.

We built out the studio and I began to hire instructors. I was beyond pumped for opening day! My studio had the most wonderful Zen feeling about it. I still to this day believe my studio is one of the prettiest studios out there. I may be bias, but I don’t care! I had high expectations. If you build it, they will come, right?!? Wrong. We built slow and steady. But I was definitely expecting to be selling out all of our classes immediately! Little did I know how little I knew. Looking back, I’d do things way different to start! But all is as it should be now!

Eventually my back pain came back with vengeance. Like I was stuck inside for an entire summer. And those that know me, know how much I love my summers! After, I knew I needed to begin practicing what I preached. I began taking private sessions from my instructors and as I kept learning from my instructors, Pilates equipment became a dance for me. And I felt all of the equipment becoming like my own adult playground. It isn’t boring. It’s not just stretching. And it’s hard!

Soon, like everyone who takes Pilates regularly will tell you, I was addicted and saw the amazing benefits of Pilates equipment. Pilates mat is the hardest of all the different types of Pilates. But Pilates equipment helps keep your body in control so that you stay out of your joints. So that you don’t go too far into a stretch. Pilates equipment can help those who have injuries recover. It can help those wanting to prevent injuries such as athletes. It can help people tone up and lose weight. Those machines are like magic! Now I am incredibly passionate about all forms of Pilates and constantly am wanting to learn.

Many people come in a bit intimidated by the looks of the machines. But I assure you, the equipment isn’t scary and it’s completely our job to help you learn how to use it properly. We want clients to know that we are 100 percent there to help them in every step of their journey. Whether it’s someone’s first time practicing or their thousandth. We are there to help people of all levels learn and grow in their journey. When you feel good, we feel good! Let’s do this together as a team! We got you! And if you don’t love it right away, that’s ok! Eventually…you’ll see! 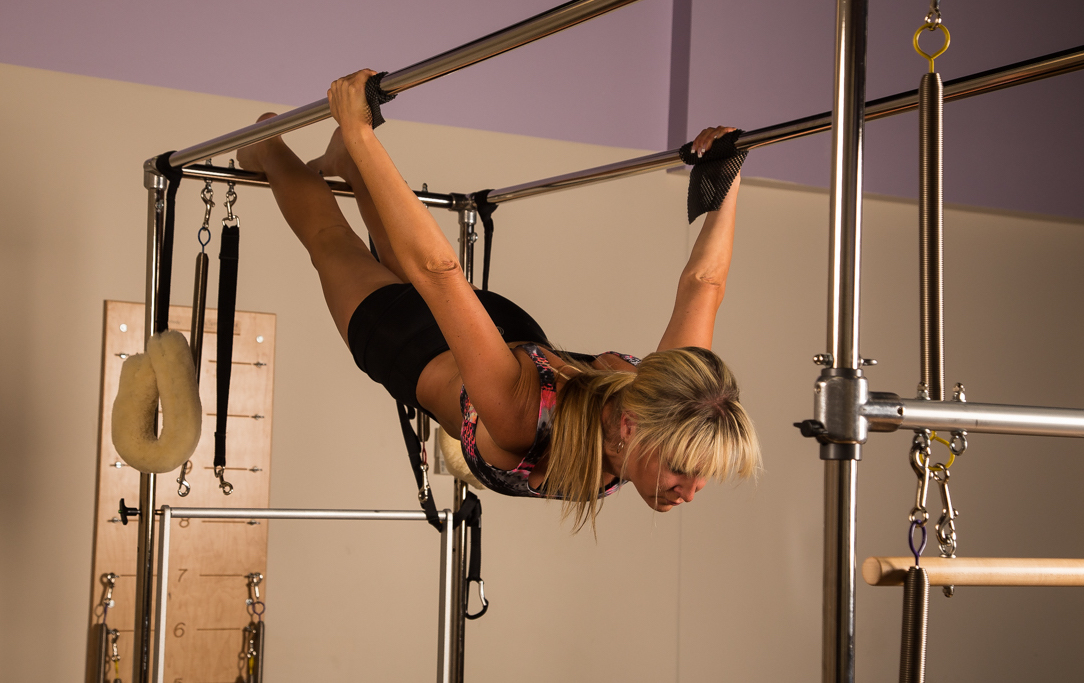