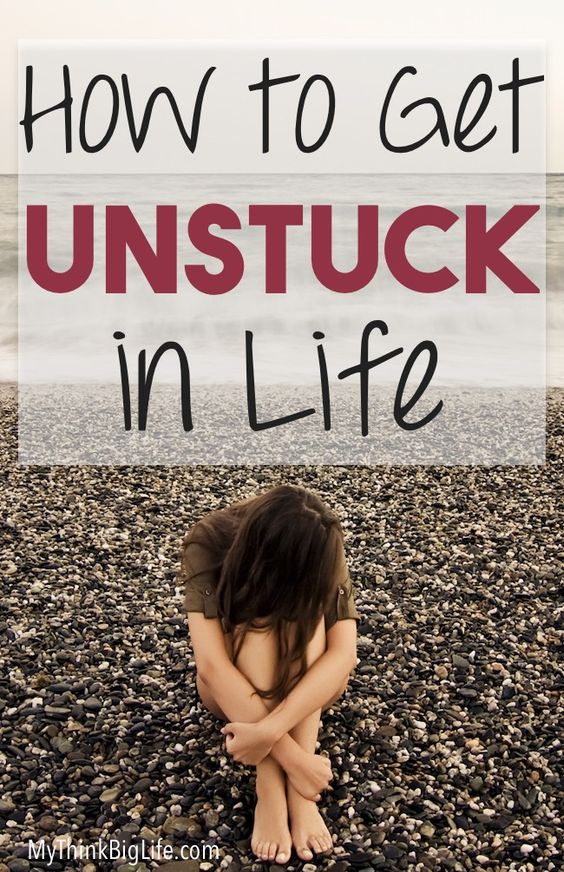 I am sure I am not the only person who’s been stuck in certain situations. Certain emotions. By stuck I mean no matter what you try, you cannot relieve yourself from what you are feeling. Traumatic events can cause us to sometimes go into a frozen state. Even the smallest decision feels like a huge effort to make. The smallest movement feels like too much. Social gatherings seem like way too much effort and confinement to Netflix seems less over whelming. Being stuck often times is an effect of depression and anxiety as well. I was stuck for many years after the death of my cousin. The grief, the anger, the sadness was too much. And I hated that the world wouldn’t just let me breathe. I hated that the world kept on spinning even though it felt like everything was crashing down around me.

When my mom got sicker a few years back, I found myself lashing out every once in a while. I internalized a lot and it seemed that nobody understood what my dad and I were truly going through. It was frustrating. I was grieving but nobody could understand it. In both instances I was stuck in my grief. And I still find that I can get stuck. But now I know what to do. How to get unstuck. It’s been two years now since I’ve been stuck for more than a few hours.

The first thing I did was talk to someone neutral. Actually two neutral people. We worked out a plan of attack. It wasn’t an immediate fix and involved a lot of work on my part, but I knew this was important for me. The first thing required in my plan to unstick myself? Just moving. Actually getting a life again. Not hiding from the world that was moving around me. That meant that I need to begin accepting that life was in fact going forward. Whether I liked it or not. I had to accept what had happened and realize things were not going to change in the situation. The only thing I could change was how I was reacting to the situation. That was the hardest thing to do. That’s an incredibly hard thing for many of us.

The second thing I had to do was face my emotions and let them come out. I am really good at avoiding emotions! So when I felt like crying, I wouldn’t allow myself. Now I allow myself to ugly cry! I just let it all right out! And I have found that working out always makes me feel better. Sometimes I have to force myself to get into a class or take a walk, but now I know it’s an absolute necessity to me staying unstuck. I had to stop resisting the reality of my situation and face it head on. Sit with my pain. It’s not fun! I also learned that for me, journaling and writing in general are amazing therapy for me. These are ways that help me to release my emotions and sometimes when I’m working on myself, things come up that I had no idea were there.

What I have learned that is most important is that we need to honor our emotions. But remember…some of the thoughts that come with them are not always real. Like thinking you are being punished when something traumatic happens. I think it’s also incredibly important to begin exploring the different emotions that may come up. Is there a reason beyond the event as to why you are feeling sad? What can you do to work through that emotion in a productive way?

I have learned the world absolutely will not change because of what I am going through. But with hard work I can change myself and how I view the world around me. If we resist the truth of our situation, we will remain stuck. The emotion will remain stuck within us and grow into many ugly things.

Do not isolate yourself! I know it may feel like you are incredibly alone in your experience but you’re not! So many people love you and want to help you. Even just letting someone come over and sit with you is incredibly comforting. But isolation only makes us dwell in the sadness and hurt, therefore becoming more stuck. Join a support group. Go do something you loved before the trauma. For me, that’s dancing. Every time I dance I feel so much better! What do you love but have stopped doing?

Let go of guilt that you might feel or place upon yourself. This is what traps many of us. Even illogical guilt (like I should have died instead of my cousin) can cause us to become stuck. We live in moments of “what ifs”. We get stuck in thinking about the last words we said or didn’t say. Our minds naturally bring us back to negative moments we spent with someone so it’s incredibly important to replace those thoughts with positive ones. That’s where journaling comes in great!

I think the biggest thing to becoming unstuck is to be gentle with yourself. And to breathe. My suggestions are just what worked for me. Other things might work better for you. The most important thing is to create an action plan. Even if that action is just to get out of bed. It’s hard being stuck! It ruins the joy in life. And there is so much joy in life!

We are here for you as well if you need us! When you join our studio, you become family. Whether you like it or not!